A few days before the world officially collapsed, I was talking to a friend who works for a big corporation.
In his early 30’s, he makes more money than I have ever imagined on making.

As the conversation rolled onto politics, he expressed his wishes for the fall 2020: normalcy.

He just wanted (and I am sure even more so now) to go back to normal:
When I pressed him to define what was “normal” for him, he exploded: “Well Catherine, just normal! I want a normal president like Bush, Clinton or Obama! I want everything to just go back to what we had, a normal president, normal news, normal injustice!
Everything is too much right now”.

I will spare you the rest of the heated conversation we had after.
The “normal injustice” part of his statement is really what got struck me.

His mental construct was able to hold 2 opposites without being aware of the distortion.
Injustice & normality.
If it is not just, then how can it be normal?

Having injustice has been “normalized” in our society.

We are so used to it, it is so part of its fabric, it supports so many of us and at the same time, many of us while benefiting from it, are victims of it to some extent.

Some of us are carefully kept in between 2 waters. Not at the bottom and not at the top but being sold that it is up to us to make it higher.
The famous American Dream.
Based on individualism & meritocracy.
If you don’t make it, it is because you have a problem.

I am as guilty as anyone else to have joined that bandwagon, that not so sweet but yet sweet enough spot in the middle: I am a white-from European descent-college-educated-able-cisgender woman.
I have been able to open a business, to recover from a disastrous economic & personal meltdown in 2008, to save my 1st business & to open a second one in 2016. None of that could have happened without the “backpack” of privileges that I inherited just by where I was born.

And yet, as I have been simultaneously raising 2 boys & running small businesses in NYC with zero family or aid from anyone (family, state, old money, savings, ex etc), I have pretty much always lived on the edge.

On the edge of what?
Financial melt-down.
Not for my business, no.
No, for myself.
Not exactly a career of choice one would say for a woman alone with children.

But the circumstances were such that I kept at it, hoping that the “what if?” would not happen.

The level of energy, strength, worries, exertion to keep a small business going for the past decade has only fully come to light for me in the past few days when for the first time in a decade, I could feel in my bones that this, at last, was the end of business as usual.

Not the collapse of my business per se necessarily.
No, but the end of how we should all have to do it, and the absurdity of it all in the light of what we are facing collectively.

I can sense a possibility to reshuffle the deck here.
And not just at my level, or the level of Maison May.
No.
At a much larger scale.

And I can hear some of you already:
Ok great!
What do you propose?
What’s next?
Ah!
Well, I am standing here today like all of you, honestly, I have no idea.

Yet, a few things for sure will happen if we stay still & just wait for the pandemic to go away:

Who will disappear in the wake of that disaster?
Amazon?
Nah.
Wallmart?
Nope.
Starbuck?
Neither.

Who will be the face of our re-construction?
It could be them.

Who will be able to pull it out?
If nothing changes, only them…

And we would all go down again in the complaisant place of normal injustice.
All over again.
Just a bit worst.

Because now as I type that, what industry is lobbying in Washington to get the big bucks?
None of the small guys like me, that’s for sure.
So who will get the money?
Not Companies who need it the most (for a detailed picture, read this).

So eventually, our business landscape at a global scale, not just only down our local streets, will only be more consolidated into the hands of people who already had their hands quite full and for whom equity doesn’t mean much, the ones who are busy feeding their stakeholders, not their workers.

I can almost hear the soft voice of capitalism, patriarchy & individualism whispering in my ear:
“Well Catherine, you had a good run, it is so much bigger than you that whole thing.
Time to fold your business and go.” 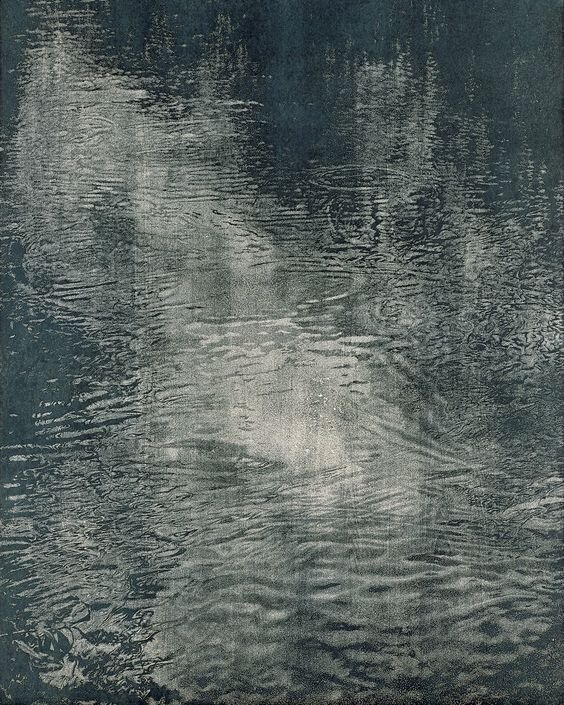 Well, no thank you, I am not ready to just fold and go.

I thought of it in the past week to be totally honest.
The sheer awareness of the weight that I have been carrying and that I was forced to put down for a moment gave me a glimpse of what life could feel like without having to worry about how to stay on the wheel every damn second of every single day.

And that unexpected softening, in a place that is usually kept so tide shut, might have been what prompted the rest of the wall to come down and the tide of grief to wash over me.

On Monday I found myself curled up in a ball, on my couch, sobbing for most of the day.
So much loss.
So much waste.
So much suffering.
So many missed opportunities.
Not for myself, no,
But for our humanity.
So much love,
So much compassion, connection, forgotten.

It felt like I was swimming in stagnant water where dead forgotten bodies were finally coming up to the surface.

All the vanity, the absurdity, the cruelty of what we have done, collectively, was in the open at a global, unescapable scale.
Those are the waters where I have been swimming in for most of the past week.

It is not easy. Neither it is comfortable.
As my son Theo told me once as he experienced grief of his own: “It is so hard, but it feels so good to be able to feel that much.”

Yes, my son, I hear you.
When your heart cracks open,
It is the way to love.

No need to run anymore, this is home.

And this is why I won’t close my business.
I do love what I do, I love that people come to Maison May to be fed, to gather, to celebrate, to pause, to just be.
And now even more than ever, I know I have much more to do there, and much more to do with other business fellows.

To restore, to heal, to feed & regenerate people and our ecosystem on many different levels.

This is the time where we come together to rethink how we do things, with whom and for what purpose.

I want to believe that if there is anything that this crisis is teaching us, it is that alone, we are nothing, that we are ALL interconnected and that
if you suffer,
I suffer,
if you are not well, I cannot be well.

The same is true for (small) businesses.

Time to start dreaming about what the future could look like.

I trust you, my neighbors, my community, more than the government right now to figure out what is next in this crisis & to keep us safe.

It is time to get together.
And figure out how to build what we want our future to look like.

One step at a time. One day at a time.
But each day, and in every step that we will take from now on.

So we can get rid of the “normal” injustice.

Let’s organize – I have the beginning of a plan.
Please connect with me if you are

–       A business lawyer who can think outside of the box

Or if just want to stop business as usual.