“What is next?” Susan is planted in front of me on the opening night of Maison May in May 2016. Her question feels to me completely inadequate: the effort & the risks taken to push the doors open have been quite significant. I am exhausted & the hardest part is ahead of me. Susan obviously has no idea what it takes to open & run a business. It is like asking a woman who is holding her newborn when she is planning on having another one: Give us a minute here, we are not even sure yet if we can keep the thing alive… Yet she had, if nothing else, envisioned that my second location was not wrapping up a story but starting one.

It took me 18 months to get over first the sort of postpartum depression that came with that opening & then to catch my breath. And then one day all the Susans in my head came back, whispering: “Soooo…. What is next for you now Catherine?”. For the past 6 months, the contemplation of that question has left me a bit disoriented. I have been in a fresh creative process more than once by now, running my own businesses for a while, each year bringing new understanding of things as age & experience lift me up. But recently, it  began to feel like the modus operandi I had been relying on was not working anymore. Up until  this time, I had trained myself to watch, wait for the right time & leap into action, often at an incredible speed. I was coming to the realization that my life had resembled more a succession of blitzkriegs than a stroll in the park… 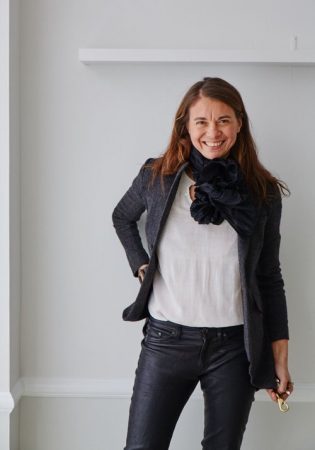 A memory kept coming back to me. In the past few weeks, it has become  an allegory for my process. The scene took place many years ago at the playground of PS11 in Clinton Hill. It was a warm spring afternoon & I was walking down Waverly Avenue. Two  girls were spinning a large rope. Two groups formed, one standing behind each “spinner”. All were very quiet. It struck me because in that ocean of screams that an Elementary school recess can produce, this group had created a quiet oasis of intense focus. I was not sure what they were waiting for as they would spin, spin, and  yet… nothing would happen. And then, I saw her. I had not noticed her before, but the minute I spotted her, she was all I could see, and I wondered how I could have not even have noticed her right away. The Girl was around 10 years old. Her school uniform was impeccable & her high white socks were pulled up above her knees. Braids were wrapped around her head, like a crown. Her expression was ethereal. The rhythm of her body is what struck me at first: the rope was brushing the asphalt in cadence with the sway of her torso. After a few seconds that seemed to stretch for hours, I could feel that her gaze was not on the rope as I originally had thought, but was aimed way past it. Watching the whole scene was meditative: the ones who were spinning the rope had their cadence totally figured out, tracing perfect ellipses. The Girl kept swaying. Gradually, it got more intense, her body arching in a deeper curve. And then she threw herself in… Her whole body had leaped: not just her feet –  no, she had propelled her entire self in a perfect way. Her face had not even flinched. She was tensed with control & focus. She had flown in the ellipse, landing smoothly to then jump at a frantic pace. Nobody in the surrounding crowd had blinked, and for a few dozen seconds, all of them formed a perfect ensemble . It felt like they were all dancing together, oscillating in cadence. The tableau was striking- a dozen hearts probably beating at the same pace; the rope, the asphalt, the girls all merged into one perfect ribbon of swirling energy.

For the past decade, I have often felt like the Girl with the crown of braids; I built a core & learnt to jump into the action relentlessly, building an instinctual understanding of when to jump in & out, using strength, both mental & physical, often at an incredible pace. I learned to trust myself in my ability to work, live, love & jump in it all…. And yet, for the past 6 months, I have been watching a few ellipses swirl around me, each one a possibility for my next move. And I could not bring myself to jump in. Not out of fear, or lack of inspiration or ideas: all of these feelings, I visited, inhabited & clearly rejected as valid excuses for what I thought was my inaction.

And then the shift came this past week. Almost like a dream or a vision. Through a process that I will spare you that involved many things but mostly my past 10 years of therapy, I reconnected with a very young version of me. And I started remembering & picturing the 6-year-old me. The untamed. The one who would ride her red bike so fast on the little road by the river behind her house that she would often fall in the ditch. The one who would love to roll down grassy hills, laughing so hard that she would get the hiccups & then laugh even harder, dizzy by the spin & the thrust of her body with each spasm. The one at the top of the snowy mountain who would ski downhill so fast, all bundled in her blue  suit, that she was nicknamed, for a time one winter, La Flêche Bleue (The Blue Arrow). The one who would spend hours crawling in the bushes, looking for her turtle, Sophie, who always seemed to run away so fast… 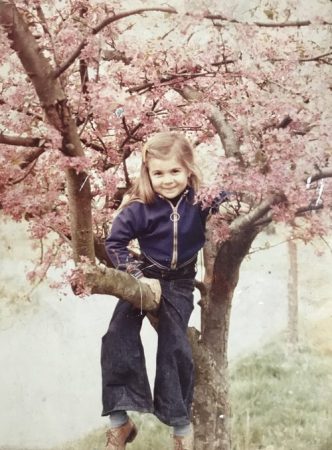 She was fearless, yes, but above all, playful. Play-full. And that girl, I had forgotten about her…. But she had not gone anywhere She was still standing in a corner of my soul. Waiting. Hoping we could play again.

She is what some call my inner child. The I I was in essence before social, familial, religious constructs & conditionings put a lid on the better part of me. My feeling of ambivalence on what to do next was not rooted in the actual concretization of any of my ideas, but on how to actually bring them to life.

I was done jumping.

It was not working for me anymore. That was not the way I wanted to go about things any longer. The intense focus, the exertion of physical & mental strength to jump into a situation & then jump, and jump until exhaustion…

I am done jumping.

Let me roll in the grass instead. Let me feel the wind tickle my cheeks as I go downhill, mouth open to catch some snowflakes. Let me run after my turtle. Let me enjoy the ride. Wherever it will take me. As I can trust now, as I have jumped through many ellipses, that I can find my way softly to grow my business, laughing & playing more all the way.