The year I turned 13, my godmother Françoise, then 22, married a lovely young baker named Thierry. She and I had always been close—she was my cousin, and her becoming my godmother at just nine years old forged a special bond between us. Thierry was a totally dedicated artisan, as well as an entrepreneur at heart, in a very unpretentious way. Eager to unleash his creativity right away, he decided right after their wedding to settle somewhere so they could run their own bakery. They found the perfect spot in a sweet little village called La Louvesc, perched on top of a beautiful little mountain in the heart of the gorgeous and lush Ardèche. 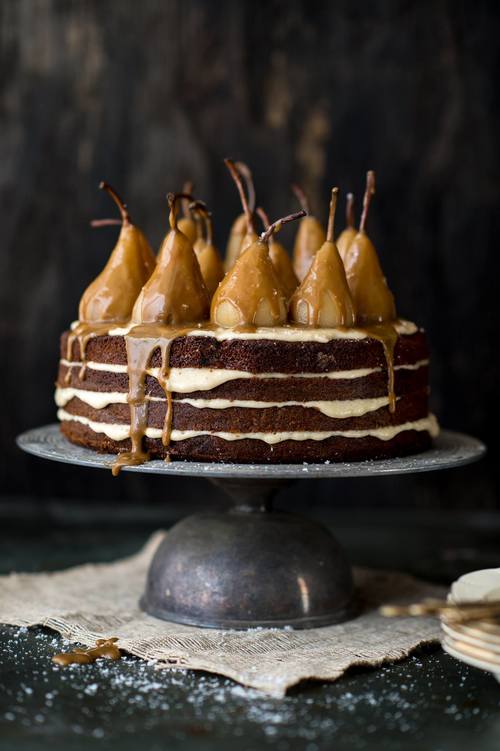 In the winter, all but about 200 people left the village, and not a lot of people would venture up the treacherous, icy road to the village. But when the beautiful days of spring returned, the town would morph back into a busy hive—the 15 hotels lining the main street would re-open, summer camps would get ready to welcome their flocks, and the summer houses would get dusted off and opened up. Overnight, the population would surge into the thousands for the next few months.

During that busy season, a steady flow of weekenders would drive up from the valley to go see the picturesque St Regis Cathedral in the center of the village, and grab “un pain de seigle” from the bakery that Francoise and Thierry bought, which had the reputation of making the best rye bread in the region for the past 40 years.

The young couple dove in to carry on the incredible rye bread tradition, while Thierry brought his passion for patisserie to life. Soon, the little shop looked like Ali Baba’s cave, filled with pastries, pies, brioches, confections, and ice cream. He had learned all the basic & classic techniques between age 16 & 22 and was then exploring his own creativity.

I spent three summers in a row helping there during the peak of the season, and to this day, it remains one of the most formative work experiences I have had in so many ways (sorry Chef Ducasse).

Thierry was handling all production, starting at 10pm (yes, that’s PM) and working until 11am—going upstairs to sleep at some point during the afternoon, in the little apartment that was right above the boutique. He had a part-time help on weekends but would be the one handling 90% of all the production.

Francoise would run the store and I would help her. Our days started at 6am when she would come and wake me up, knocking gently on my door. I could already hear a smile in her voice as she chirped, “Debout Cathou!”

To this day, I can still smell the croissants being pulled out of the oven in the early morning hours, the air so thick with that smell, I felt I could bite into it. The sun wasn’t up yet, and I would go down in the dark to find Thierry covered in flour, smiling in the bright light of the “labo.” He was a man of a few words, but his demeanor and smile were generous, and his sense of integrity always seemed to shine through in his baking.

By 7:30am, Francoise and I would have set up the store, lining up trays of chaussons aux pommes, baguettes, flutes, and autres miches; before preparing dozens of pre-ordered bags for the hotels to pick up. Then, the day would start.

The doors of the little shop would swing open, and a non-stop flow of customers poured into the store to grab their morning treats, leaving us barely any time to have a quick breakfast ourselves in the kitchen behind the store. The rhythm was intense but the rewards were endless: Françoise was just as excited as I was to be running the store, and every day of work felt like we were two kids again, playing store. “Et voila, Madame, 3 croissants, 2 pains au chocolat, and 2 baguettes? 10 Francs 75 s’il vous plait!” We were working hard and laughing just as hard. Thierry would look at us often in faux dismay, but always with a hint of a smile: we were efficient, and the customers loved us: we were quite the change from the serious, old “Mère Loucel,” who had run the store for the past 40 years.

Thierry created his patisseries following his guts and the vision he always had carried with him.

His idea of what his confections should look like & taste like was crystal clear. And he baked them with whatever he could get his hands on from local farmers and foragers: the butter was bright and yellow, the eggs, once cracked, would reveal a deep orange color that I haven’t seen since then, the milk was as thick as a milkshake, and having a spoonful of honey was like rolling down a hill spread with wildflowers, it was intoxicating. 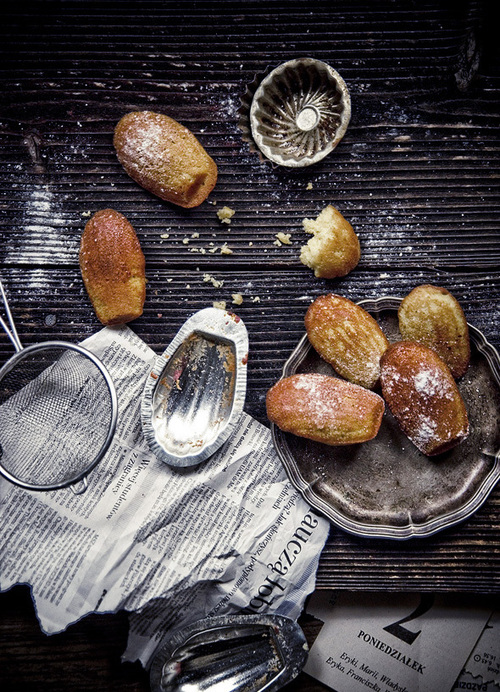 I remember a peculiar boy who would come about twice a week. He was a bit younger than me, very skinny, always with a very frightened look on his face. He lived up in the mountains a bit further and I could tell that he had not a lot of human interaction—coming to the Boulangerie Patisserie twice a week was probably his only outing. His hands were a deep purple color to his wrists: he was our wild blueberry picker. He would spend all his days in the mountains looking for the best bushes, combing them carefully and bringing his bounty to Thierry, who would turn them into the most spectacular ice cream, jam, coulis, or pies.

It never felt like Thierry and Françoise were trying to be serious, or following a plan, yet they were very intentional & in the end they were following their hearts. It never felt like an effort for Thierry to source the ingredients the way he was, yet he could have done very differently and the logistics would have been easier.

With the customers, it always felt like Francoise was sharing a story more than she was selling something, story that was naturally flowing through her words, through her genuine smile and dedication & Thierry’s confections. That story looked simple, simply written with a lot of passion.

Every decision they were taking to run that small yet incredibly successful little boulangerie patisserie was taken from a place of care, heartfelt and with a clear vision to serve the best possible products in the best possible way. There was nothing pretentious or forced, but everything ended up having a assertive effect.

Working with them taught me the value of simple artisanal tasks, mastered to perfection, for no other purpose than doing things right & with integrity to follow one’s dream. The goal was never success- It was integrity. And in the end, they got both.