Food is a powerful vessel to connect with the people around us, but also to connect with our actual physical surroundings. The sun, the air and the soil feed the food that we eat—which is why when we eat food produced locally, it gives us a sense of belonging and place. The simple act of eating links us directly back to the earth we are standing on. This is a primal fact that is all too often forgotten in our modern, hyper-processed civilization. We usually don’t know where our food comes from these days, so there is no longer a strong connection with that intimate and visceral understanding. This, by extension, makes it easier for us to forget about caring for that which is feeding us: the planet.

I didn’t know it at the time, but now that I’m an adult, I realize how incredibly lucky I was to grow up in an environment that fostered this understanding. Here is a story that encompasses it all for me.

I am about 10 years old, standing on a beach on the serene Bay of Saint-Tropez, eating grilled sardines… 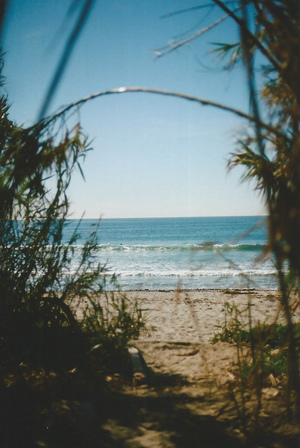 Throughout most of my childhood, I spent my summer vacations in a family house that one of my great-uncles bought back in the 1950s on the French Riviera. The little town is called “La Nartelle.” At the time, it was more like a hamlet, with houses spread along the foot of a gentle hill. It was unremarkable by any French standard yet totally charming and, most importantly, right on the tranquil Bay of Saint-Tropez. When I think back on those summers, my five senses are immediately activated all at once. Vivid sensations come rushing back, swirling, juxtaposing against one another like a five-dimensional kaleidoscope: the vibrant blues of the sea and sky; the smell of the lauriers roses (oleander flowers) and pin parasol trees (where pine nuts come from); the sound of the “grillons” (crickets); the touch of the sun burning my skin; the bittersweet taste of grilled sardines.

Our days would pass in rhythm with the sun. We got up early and found our way to the beach before it got too hot. It was not unusual for us to be the first ones there. I would spend my mornings in the water, only coming out to run along the small pier and throw myself back in, or to lay on the wet sand right where the dying waves would gently crash into me. I could never get enough of that water.

Leaving the beach to go back home for lunch, followed by the unavoidable sieste, always felt wrong to me. The sun was at its peak and I actually liked its untenable heat. The sea would become a deeper blue, the burning sand turned a glistering gold. Everything and everybody slowed down. But on some days, my grandmother, Madeleine (we called her Mamo), would say that we could stay on the beach and have lunch at Chez Henry. Those days were the absolute best.

Chez Henry was a little shack right on the water at the end of a plage privée, or private beach, lined with elegant umbrellas and daybeds one could rent for the day.

Henry was running the show. He was this 50-year-old monument of a man who had been in the Résistance during the German occupation. The flag flapping at the entrance of the beach was painted with a huge “Croix de Lorraine”—the symbol of Free France during World War II and the opposition to Nazism. After a few glasses of rosé, Henry would show off the medals he had been given for his merits at the end of the war, and he would tell stories. His personality was so energizing and even though the tales were often tragic, Henry had a sense of humor and joie de vivre that always lifted everyone’s spirit.

At the time I could not grasp all the jokes he cracked (probably for the best) but I didn’t care. Everyone seemed happy and I was here for the grilled sardines. They had been caught the night before and Henry would go to Sainte-Maxime, a larger village three miles away, to talk to the fishermen early in the morning and get the best of their catch. The sardines had been swimming in what, back then, was the crystal-clean water of the Mediterranean. Henry would simply serve them grilled, with a slice of lemon and a drizzle of olive oil. I ate them with my fingers so that their aroma would stay with me longer. 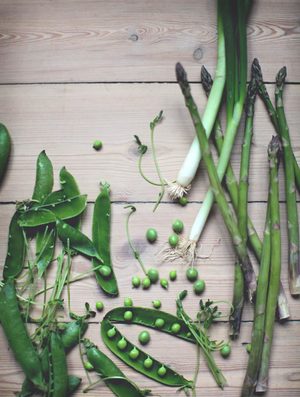 My grandmother would look at me and invariably start laughing uncontrollably, holding on to her belly and covering her mouth as she always did when she would have a crazy laugh. She was enjoying watching me devour my lunch and did not care that I was being so messy. With my toes dunked in the sand, my gaze on the horizon, and my skin wrinkled after a long morning in that same water where the fishes swam the night before, each bite I took encompassed the microcosm where I was standing. I was biting into the sea and engulfing it inside me. Like swimming in its water, I could never get enough.

I spent some time in Upstate New York earlier this month with my two sons, staying in a large sunny house flanked by a small hill overlooking a vibrant stream. Friends came and went as we spent many evenings cooking together. Lucas mastered the barbecue; Theo was in charge of desserts (berry almond crisp is our new favorite). Each guest brought a different style and unique recipes, but we all cooked with the bounty of what we found at the local farms.

As I watched my boys inhaling (most of) the food, I smiled, hoping that they had found their “sardines” this summer and that, via a freshly-shelled pea or a just-picked blueberry, a deep sense of belonging to the land, and responsibility to their surroundings, would be tattooed on their taste buds.